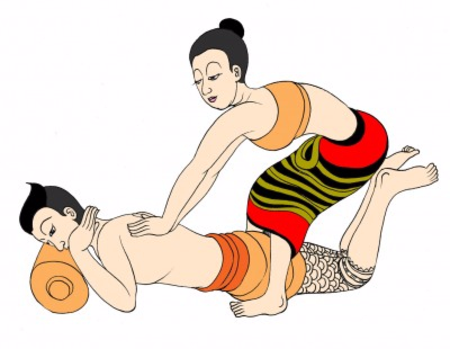 ​Thai Massage and Thai Medicine are said to have been founded but the legendary Shivago Komarpaj, a physician from over 2500 years ago. He was from northern India and said to be a friend and personal physician of the Buddha. He also worked with the Magadha King Bimbasara and the Buddhist nuns and monks called the Sangha. Though there are a combination of influences for Thai medicine from Chinese, Indian and Southeast Asian culture credit is giving mostly to Mr. Komarpaj. Most of the recorded history of Thai massage was lost in 1767 during the Burmese attack in Ayutthia. There were records that survived and were inscribed in the Sala Moh Nuat, a massage pavillion in Bangkok. Following World War II Thailand became a popular place for tourist, making Thai massages a world known technique. It reached the United States in the late 1980s.

Thai Massage is one of the four branches of Traditional Thai medicine. It is a healing technique that was practiced before doctors. The massage involves deep massage and stretching and it happens on the floor on a firm mattress or a mat. It is a therapeutic procedure that provides relaxation and restores healthy blood circulation. It also treats energy blockages, weak, dysfunctional organs, aches and pains, stress and tension, flexibility, paralysis, nerve problems and postural alignments.

​Traditional Thai Massage, also called Thai Yoga Therapy, Nuad phaen boran or Nuat Thai, is a therapeutic technique that dates back thousands of years. Its precise origins are unknown, but practitioners traditionally trace their lineage to Jivaka Komarabhacca, also known as Shivago, who was a personal physician to the Sangha, a friend and physician to the Buddha and renowned as a healer in
Buddhist tradition. 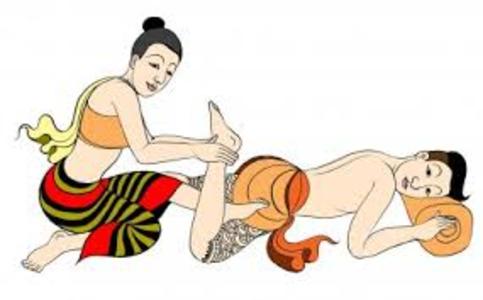